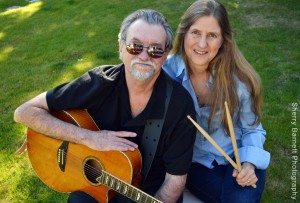 Robert Emmet Dunlap was born in South Boston, “The Irish Riviera”, where, early in his career, he was a founding member of popular local rock bands, The Boston Mass, Hummit, and Newsboy. He has worked as a guitarist, singer, and songwriter in both the U.S. and Ireland, performed and recorded with such artists as Delaney Bramlett, L.A. hit songwriter Dillon O’Brian, Metropolitan Opera award winner Dennis McNeil, “Titanic” trad band Gaelic Storm, and was lead guitarist for Los Angeles’ premier Irish band, Ken O’Malley and The Twilight Lords (with Glenn Cornick of Jethro Tull), for eight years. He has done numerous theater productions at the Celtic Arts Center in Hollywood and did a weekly ten-minute spot for Irish Radio from L.A.

While living in Ireland, “Boston Bob” spent a year touring with bass player and rock legend Noel Redding of “Jimi Hendrix Experience” fame, and developed an increasing love for Irish tunes and ballads that he brought with him to Los Angeles. Hosting a weekly session at the Celtic Arts Center on Hollywood Boulevard, “Robert Emmet’s Flying Circus”, he juggled everything from jazz standards to blues, Irish, Scottish, and American folk songs, Show tunes, Opera singers, and the “International Celtic Samba Band.”

Bob’s songs have been recorded by a growing number of artists in a variety of genres. His song “Mick Ryan’s Lament” is becoming a classic and has been recorded by many, including bluegrass legend Tim O’Brien, hit songwriter Dillon O’Brian, gifted singer and instrumentalist Ken O’Malley and The Twilight Lords, world-renowned fiddler Kevin Burke with Ged Foley, country artist Ray Doyle, and Cape Cod favorites Stanley & Grimm (Sean Brennan and Nikki Engstrom). The song was recently included in a documentary film about the Vietnam war.

Bob’s partner, Kathi Taylor (drums, percussion, vocals), has roots in the midwest, New England and California. As a member of several bands and as a freelance musician in Los Angeles, and now, in New England, she has played a variety of musical styles – rock, blues, Cajun, Zydeco, country, jazz and Irish. Some of the L.A. bands she played with include The Mustangs, Way Out West, The Zydecats, and with legendary Cajun accordionist Joe Simien. Some of the Boston area bands she has played and/or recorded with include the Radioactive Rustlers, the Tom Hagerty Band, the Patsy Hamel Band, Johnnie Mac, Attention Shoppers, Dig in the Dirt, Sandy Casey, Thea Hopkins, and Nashville singer/songwriter Teddy Larkin. During her career, she has toured Europe and the southwest, performed in Vegas, on network TV, and played for the crowned heads of Nashville. She received a degree in drums and percussion from the Grove School of Music in Los Angeles. Kathi is also an accomplished fine artist. You can check out her art and a full music bio at www.kathitaylor.com.

Since their move to New England, Bob and Kathi have been involved with various bands. They were the “new” members of Orpheus Reborn, which included four of the original members of the legendary 60’s Boston band, Orpheus, who had the classic hit “Can’t Find the Time.” They are founding members of several other popular, local bands – including RedKat Duet, Bob • Kat, Hogan’s Goat, The Skiffs, and Slocum’s Window. Check out the Band page for more info on their current bands.

Thanks to Eric (The Snake) Gulliksen, discographies for Bob and Kathi can be found on the Orpheus Reborn website.

Chatting with: Dunlap and Taylor by Joe Burns 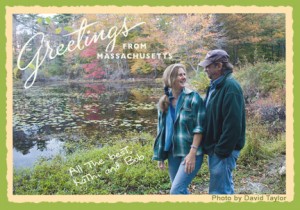